USEFUL INFORMATION ABOUT ALL CITIES, VILLAGES AND RESORTS IN BULGARIA

See it on the map Bulgarian properties in Pleven Region - Nikopol

Nikopol is a town in Pleven District. It is the administrative center of the municipality of Nikopol.

The climate is continental with large annual temperature variations, with hot summers and cold winters.
Forests, parks and suburban forest park Shishmanova fortress, and intra-urban green system are primary factors for rescuing the environment. Hydrographic network in the municipality include the Osam River and its several small tributaries. The proximity of the Danube regulate water balance in the region.

The economic outlook of the region is determined by many companies, more of which are: 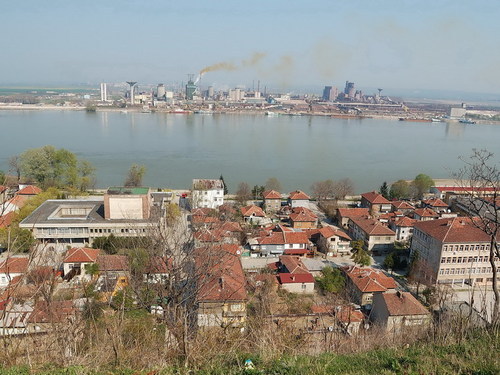 Livestock production has been developed primarily in private farms. Commercial services are provided by over 240 merchants. In the area of the municipality has 7 dairies, 14 ovens and 10 workshops for soft drinks. In 2000. in the town of Nikopol was established Centre for Municipal Development Millennium-Nikopol 'to stimulate and support the local economy, health, culture, sport and tourism in the municipality.

Municipality of Nikopol is rich in historical sights.

Fountain Eliya is located in the southern town of Nikopol, 1 km from the Danube. Represents an ancient sarcophagus in the Latin inscription, which was later built in fountain. She is PS with Front 4m. It was registered as a cultural monument. The time now is acting spring fountain.

The oldest preserved monument in town is a medieval cross church of St. st. Peter and Paul. 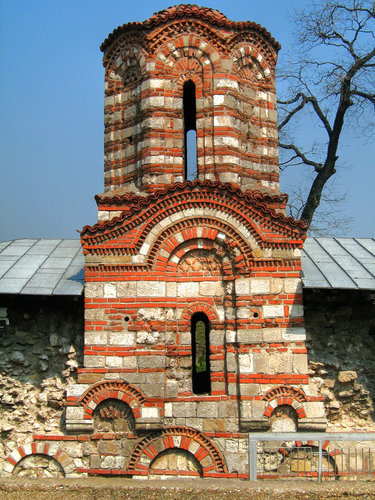 Nikopol fortress built by the Romans as a fortified frontier post, which is built around the settlement Sekuriska, later Nicopolis.

There is also a protected rock church - part of the monastery complex by X-XI century.

Church of the Assumption - built during the Renaissance and is richly carved and icons. This Orthodox church is acting today.

Museum Vasil Levski - an ancient house of the famous Nikopol Smolianov family and was a shelter of the Apostle. Artistic monument "600 years of the Battle of Nikopol - Bulgaria in a single symbol of Europe's peoples to unite.

Victory Monument, built in 1906 in honor of Russian and Romanian soldiers who died in the liberation of the town of Nikopol. In Nikopol Municipality has a total of 14 community centers, each developed in two directions - library services and amateur art.

In the urban art gallery are at 55 works created over the past 40 years, mostly donations from local artists and sculptors.

The town has two schools, three kindergartens and a community center.

Transport links into town are very good. There are regular bus lines to Pleven, Svishtov, Gulyantsi and other smaller villages. 6 km west of Nikopol was Cherkovitsa station, which is last in line Pleven (Clear)-Somovit-Cherkovitsa. Until it has a regular bus from town.

Nikopol has a river port on the Danube. Since spring 2010 there are regular passenger services along the Danube and the Romanian and Bulgarian side.

Timetable of vessel traffic (both directions):