The average amount of mortgage credits remains around €30,000 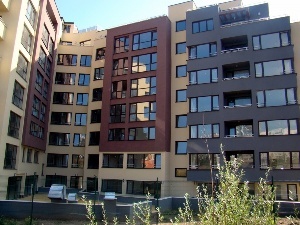 The average amount of loans borrowed in November was €31,426, or nearly €1,000 higher than in October, showed a survey of the mortgage market carried out by Credit Center.

The share of credits extended in Bulgarian currency increased slightly and 51% of these were withdrawn in November.

Thus, the trend of increasing the preference for loans in Bulgarian Leva to those in Euros, which began in the spring, continued and the Lev is very likely to become the leading currency for mortgage loans in the country next year, experts say.

In November, there was a slight increase in borrowed mortgage and consumer loans, compared to the previous month.

Due to the relative decrease in the availability of real estate for sale in the lower price segment, there was some increase in the demand for loans. Many people, however, prefer to finance the difference in the price of the property with their own money and savings.

Traditionally, in November again, the highest average size of borrowed loans was in Sofia - €37,700. Meanwhile, the average size of credits in Plovdiv was €21,700, though there was a slight increase, compared to October.

However, the overall demand for credit was much smaller this autumn, both in size and in number, compared to the 2006-2008 period. The reasons for this are high interest rates, the recession in the Eurozone, low incomes and the volatile real estate market, experts say.