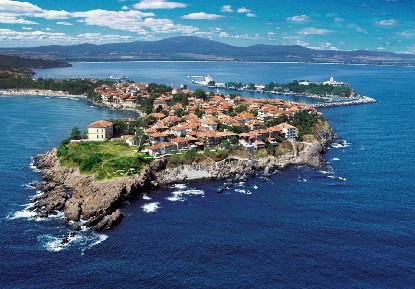 Over 40 % of new construction of hotels on the sea remains incomplete, according to figures from the House of builders who are informal, as such information is available only the chief architects of the coastal municipalities, but they do not have the practice to announce them.

Number of unfinished hotels can be even greater. In Pomorie, for example, only this year were issued 180 building permits, the figures for last year are similar.

In Pomorie there are almost no unfinished buildings because of the increased Russian interest in the spa and for urban conditions. In the area of Sunny Beach, Ravda and in south – Sozopol and Primorsko the frozen works are numerous. The main reason - poor design and construction of a "balcony to balcony "that repels more discerning buyers.

Amid moribund interest in Sunny Beach, Pomorie growing a new neighborhood, designed for several thousand people, which is called "Little Salt Lake" in which the land is mostly private, it is known as "Little Moscow".
Almost every new build hotel in Primorsko sticks to the remains of an incomplete object. Some of the scaffolding put up for sale, thus, others waiting for better times.

Investors count on their fingers - mostly Russian and less Turkish. An entrepreneur from Turkey makes thorough inspection of the entire South Coast, before stopping at the area near the former 'Perla ' which sees a niche in the luxury building.

According to brokers, not just foreign customers, but also Bulgarian buyers are fickle, and a third and fourth line has not in their plans for a second home.

"They start to point to completely new sites, more modern finished buildings with more modern materials. Indeed, the buyer does not sleep," said Irena Perfanova from the National Association of Real Estate.

To keep pace with the trends of the last space municipality plans to build a luxury residential complex.
Unlike realtors, the construction industry is pessimistic. According to the builders, the causes of the outflow of buyers in the sea are unrealistically high prices they sell for lower class apartments.