Filipinos and Indians rush to ski in Bulgaria 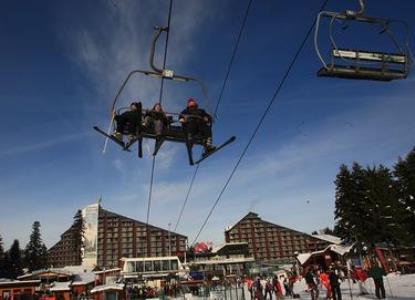 Nearly 417 million entered into the coffers of the winter tourism season 2012-2013. This is clear from the data of the National Statistical Institute (NSI). This is 4.9% more than the previous season.

Since December last year to end - March 2013 winter resorts are visited by 1,063,852 tourists in this figure does not include transit. The number of visitors in the winter resorts is by 8.2 % more than the previous season.

The most frequent guests who prefer to spend the cold months of skiing in Bulgaria are Greeks and Romanians. Follow Macedonians and Turks. Statisticians reported that interest in Bulgaria as a winter destination exhibit even Filipinos and Indians.

The industry share that revenue from tourism in Bansko can be even higher. But for that to be equalized transport capacity of the city to the ski area with the demand from tourists. With the construction of a second car in Bansko will be clear discomfort of tourists and skiers waiting in line to get into the ski area.

Bulgarian tourists even spent the last winter season holidays lev 147 million, of which 81 million are in the country.

Overall reduction in the cost of travel at home and abroad in the first quarter of 2013 compared to last year 's 22.4% .