Competition between malls in Sofia has become increasingly powerful 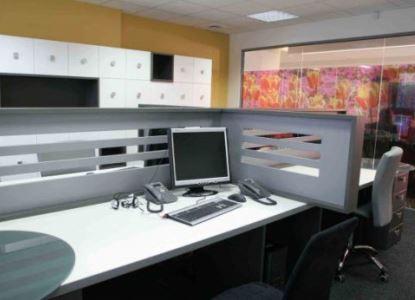 The competition in the retail market is growing, especially in Sofia, and the market of offices and industrial and logistics property supply fails to meet demand brand - customers are interested in premium properties in good locations, says the analysis of consulting firm in the real estate sector.

Speculatively construction of offices and in the industrial segment, however, at practice is not real although the rate of absorption of vacant space is enhanced by experts.

The most severe is the competition between malls where commercial areas of practice are used almost 100% and is now attracting new customers leads to the provision of affordable rent and extras for tenants.

Rental rates for commercial real estate remained largely stable in the first half and did not expect any sudden movements by the end of the year. Demand is also expected to be concentrated on the best quality buildings and vacant space in them will continue to decline this year.

In the first half the stock of office space on the market in Sofia increased by only 2%, and the total volume of space in the market is now approaching 1.7 million square meters graduates projects have added nearly 34,600 square meters, mainly in periphery of the city.

Remained unchanged stock of class A offices which demand would be increased, as the buildings meet the requirements of foreign customers.

In the first half are not initiated new projects, while the rates of utilization are growing, the report notes. The total area of projects under construction is nearly 190 thousand square meters utilized in the semester are nearly 76 thousand square meters, which is 44% more than in the first half of last year. The most active markets are IT companies, government agencies, retailers, pharmaceutical companies and others.

Vacant office space has declined to 21% in the first half, or 348,400 square meters, reported by the company. Distribution of empty offices is uneven and mostly affects areas in the outskirts of the capital, while the empty offices in prime buildings continued to decline and reached 14%. Expected significant reduction in empty offices in Class A buildings for increased demand from international companies.

Average asking rental rates of offices in Sofia have remained unchanged in the first half and did not expect major moves before the end of the year. Only in Class A office space experts predict that will narrow the "gap" between asking prices and the prices of which are entered into a lease because of increased demand and limited supply.