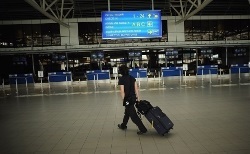 Chinese airliners are interested in launching direct flights between Beijing and Sofia, according to Viktor Azmanov, chair of the Bulgarian-Chinese Chamber of Commerce and Industry.

Azmanov, who spoke during a meeting in Parliament organized by the nationalist party Ataka, noted that the direct flight link has not been launched yet due to the “lack of will” on behalf of Bulgarian authorities.

Ilko Yotsev, a member of the Chamber’s board of directors, pointed out that an increase in the Bulgarian-Chinese trade turnover would only happen if direct transport connections are in place.

According to Yotsev, there are some 30 million people playing golf in China – which may give a boost to Bulgaria’s year-round tourism.

It was also revealed during the meeting that Chinese companies are seeking to produce solar panels in Bulgaria.