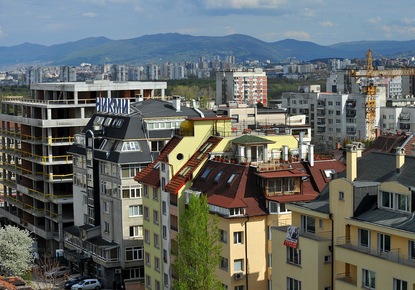 In the last 2 years the real estate market and drifting off was dominated by Bulgarian investors. Moreover, high-class hotels are the most preferred type of assets. It shows the information of Forton, partner in Bulgaria and Macedonia in the global real estate firm Cushman & Wakefield.

According to Executive Director of Forton Michaela Lashova Bulgarian buyers are attracted by the opportunity to bargain, taking advantage of certain benefits. She said this is knowledge of the market, the main players on it, and good relationships with the banks, which makes procure funding.

Investment real estate in Bulgaria amounted to a total value of 54.2 million euros in the first eight months of 2013 their volume have increased by 26% over that for the past year and by 49% over the same period of 2012, showed the data consulting company.

Last year, the Radisson Blu in the current Hilton is the most important assets whose owners have changed in 2012 and 2013 to date. Significant difference compared with the previous year's sales of "Panorama Mall" (the new name of "Mall Pleven"). This is both the first transaction of a commercial center from 2011 to date.

"We observed significant transactions with hotels. Know that others are under negotiation. We have examples of individual shopping centers that look good on the market, but revenues hard cover their obligations", said Lashova.

„The presence of these two types of projects is a prerequisite to continue the current trends in investment - acquisition of selected properties that have the qualities to become leader or those who lack the capital or need cash for expansion or completion," she says.

The market share of Bulgarian buyers of investment market remained high, although reduced to 56 % in the period from January to August this year from 75% in 2012 Similar variations are within the normal range given the limited number of transactions, say analysts.

According to Lashova foreign investors, who dominated until the end of 2008, buy peak rates, not only in Bulgaria. "When revenues from property and thus their prices decreased due to the economic recession in almost all European countries, they had to limit their activities in Southeastern Europe. Some of them decided to come out of Bulgaria and the interest of others toward larger and liquid markets ", she explained.