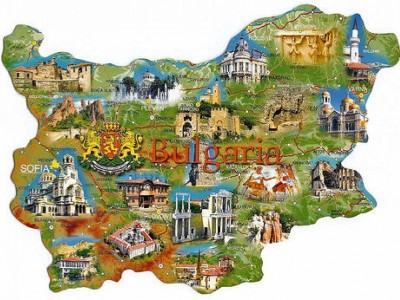 The government is committed to directly attract tourists from outside the EU as part of its completely new tourism strategy, Deputy Prime Minister Daniela Bobeva stated after a two-day discussion with hoteliers, restaurateurs and local businesses from the Smolyan area at the Bulgarian-Turkish border.

In October, a government delegation led by Bobeva will visit Istanbul to start directly attracting tourists from the Balkan region to the ski resorts of Bulgaria. "We have to turn to tourists from third countries and do a more active campaign. Instead of spending money on common activities, a direct and targeted approach is needed" the Deputy Prime Minister noted. "For the ski resorts in southern Bulgaria, the main potential markets are those of Greece and Turkey. This is where we are going in order to invite tourists from there to be our guests. This way the state will help local tourism businesses" Bobeva added.

" Pamporovo will not survive as a resort without an active campaign to attract tourists, most realistically from Turkey, Greece and the neighboring countries" the Deputy PM noted adding that Bulgaria has seen a 60% growth of Turkish tourists in its winter resorts and a pretty strong increase in their numbers in the summer as well.

"It turns out that we have to target for modern -minded young people in Istanbul who are looking for more liberal terms. Pamporovo is the closest ski resort to the European part of Turkey" Deputy Minister of Tourism Branimir Botev informed.

"There is great interest on the part of China in tourism to Bulgaria. Our wealth is that we provide an opportunity for all cultures - Chinese are looking for history, interesting places and spas" Bobeva said. She urged companies and associations in the region to offer a kind of unique tourism because this is the chance to attract the Chinese stream of tourists which is already flowing toward Europe.

The state will make all possible steps to ease visa regime in its upcoming talks with Brussels. "There could not be possibly a visa under EUR 35, but we will try to minimize fees in order to attract tourists from outside the EU " the Deputy Prime Minister concluded adding that one idea is a multiple-entry visa for a period of 5 years.