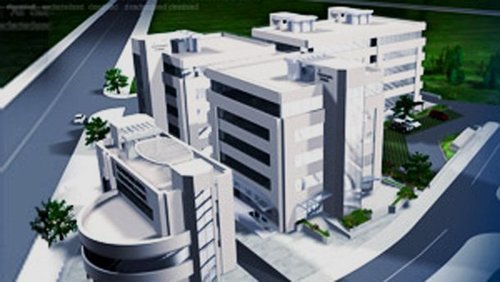 Bulgaria gave the start of the construction of the first high-tech park. It will focus on the information and communication technologies as well as on the green technologies and natural sciences. The new high-tech part will be built in the eastern part of the Bulgarian capital Sofia and will cost some EUR 50 million. EUR 42.5 million will be provided under the Competitiveness Operational Programme and EUR 7.5 million will be in the form of a state co-financing.

50% of the total budget of this new project will be used for the construction of infrastructure, reconstruction of the old buildings which will be part of the park and for the construction of new buildings. The park will be under the management of “Sofia Tech Park” company which is owned at a 1005 by the Bulgarian Ministry of Economy, Energy and Tourism. The contract for gratuitous financial aid provided by the European programme was recently signed in the presence of the Bulgarian Minister of Economy, Energy and Tourism Delian Dobrev and the head of Unit Bulgaria in EC Directorate-General for Regional and Urban Policy Renaldo Mandmets.

The first Bulgarian high-tech park is expected to be fully completed by 2015, but it will actually start functioning as of 2013, said the CEO of Sofia Tech Park Elitsa Panayotova. It will become a fact through various events with the participation of the Bulgarian Academy Of Sciences, the Bulgarian Universities and the local business companies. The existing buildings will be reconstructed by 2015. New laboratories will also be finished by then. The main objective of the new park will be to complete the system for support of the innovations and the new technologies and to create new companies with high added value, which will be operating in the science field.

The Sofia Tech Park Company, along with the cluster of young Bulgarian entrepreneurs in this field will organize a number of events where issues of the high- tech field will be discussed.

“What helps the development of the enterprising spirit and what does business drive mean? How does the process for transferring of new technologies and for transferring of science into business work? How the new campaigns should be encouraged so that when the High Tech Park is fully completed in 2015 the first companies can start to operate in it. These are the main questions we have to answer at this point”, says Elitsa Panayotova.

What are the main elements of the High Tech Park?

“We need to construct an incubator with a broad profile which has to include not only the information-technology sector, but also the one of biotechnologies and green energy produced by renewable energy sources. We will also establish the so-called forum - which will be the area where all events will be held. All participants in the process will unite around it. These are universities, science and research companies, young entrepreneurs, highly developed and developing companies. We would like to create several laboratories in this park along with the Bulgarian universities and the business. They will not duplicate the existing scientific and research infrastructure at the Bulgarian Academy of Science, the Technical University of Sofia and the Sofia University Saint Kliment Ohridski We also intend to create a database of the existing science and research infrastructure and to upgrade it with a platform, which will help it function as an integral network and system”, says Elitsa Panayotova.

What kind of laboratories will be created there?

“One of them will deal with cyber security. There will also be a computer laboratory for heavy-duty computation as well as some biochemical ones. One of the main laboratories which will be the so-called core of the Tech Park will be used for quick making of prototypes. We hope that it will enable the creative companies from Sofia and the country to test their inventions quickly”, concludes MRs Panayotova.