Bulgaria, Turkey and Qatar to set up a joint venture for the construction of the highway Russe-Svilengrad 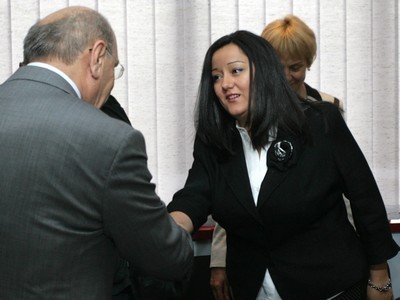 By July 15, a supervisory committee, represented by two delegates of Bulgaria, Turkey and Qatar, will be set up. By September 20, the committee must draw up the statute and operating rules of the future company, which will manage the construction works of the high-speed highway between the towns of Russe and Svilengrad. The company should be set up in October, according to the business plan and three-year budget framework, stated on Tuesday Minister of Regional Development and Public Works Liliana Pavlova after a meeting of experts from the three countries, which discussed the construction schedule of the facility.With respect to the financial implementation of the project, Bulgaria explicitly stated that it would undertake no commitments except for the implementation of all the expropriation procedures and the issuance of the building permits. The future concessionaire or company, selected on the principle of public-private partnership, will pay the cost of the construction and the maintenance of the entire highway. Toll road fees will be imposed, but not in the sense, in which we are accustomed to perceive them. In fact, the toll-system can be GPS-based, or based on any other system.The forum was a continuation of the summit meeting between the Prime Ministers of Bulgaria, Turkey and Qatar, which took place on May 24. Then, the details were outlined and the principal agreement was achieved.I was granted a mandate by the Council of Ministers for holding the negotiations and for the implementation of the project for the high-speed highway between the towns of Russe and Svilengrad on the principle of the public-private partnership. In fact, at the meeting the three states confirmed its official positions on the establishment of the future company, which should launch the pre-project feasibility studies and financial and economic analysis for the design, construction and operation of the future high-speed motorway, noted Pavlova.