BG government is firmly behind a second ski lift in Bansko 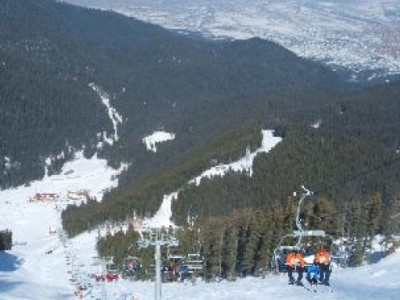 "I love Bansko and I will promote it all around the world" Deputy Prime Minister Daniela Bobeva said adding that she is asking businesses to prepare written proposals for the legislative changes that would make it possible to build a second ski lift in the ski resort of Bansko.

Bobeva stated this during a meeting with business, NGOs and municipal authorities from Bansko, Razlog, and Dobrinishte.

Reflecting on the long-lasting environmental concerns about the construction plans in the Pirin National Park, the Deputy PM noted that although she is aware of the fact that further developments are a sensitive issue for the community, she is looking at the question primarily from an economic point of view.

Deputy Economy Minister Branimir Botev noted that it is clear that tourism is the biggest source of income, livelihood and employment for the region. According to him, Bulgaria has the potential to welcome annually from 1.2 to 1.5 million ski tourists instead of the current 400,000.

"Obviously, we have to do whatever it takes for this to happen, no matter whether it is a second or third cabin line – this is not only the future of Bansko, but also for that of Bulgaria" Botev added. He emphasized that the three most famous and most recognizable brands in Bulgaria's tourism are Bansko, the Golden Sands and Sunny Beach.