Albena welcomed 7m tourists for the past 44 years 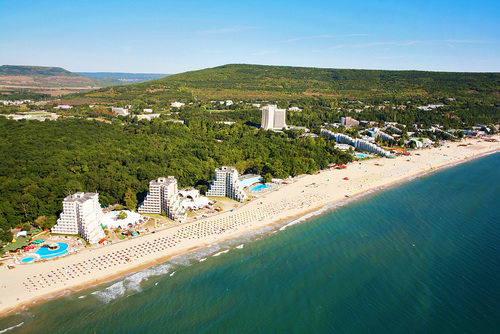 "We know he was from Czechoslovakia and we hope he is well. We'll invite him again to be our guest. Unfortunately, currently we had only 78 tourists from the Czech Republic and 5 from Slovakia. At the moment, the total number of the tourists in the resort is 16,315. Russian tourists are the main group. We have an increase of over 15% in tourists from Scandinavian countries and 9% more are the guests from France who have chosen to rest at us this summer" Todorova noted.

Resort manager Krasimir Stanev announced an ambitious plan for next year in Albena. Part of it is the opening of a water park with over 600 meters of slides, two new beach libraries, a library corner with 10 reading rooms in hotels in the resort and the renovation of several hotels. As such, the Han Kardam, the second themed hotel of the resort, is set to open its doors in 2015. The facility will be designed to praise the Bulgarian history.

In addition, next year the tourists will be pampered with culinary weeks, such as that of the cherry, pear, grape and others. For these occasions, famous local and foreign chefs will treat them with delicious goodies.